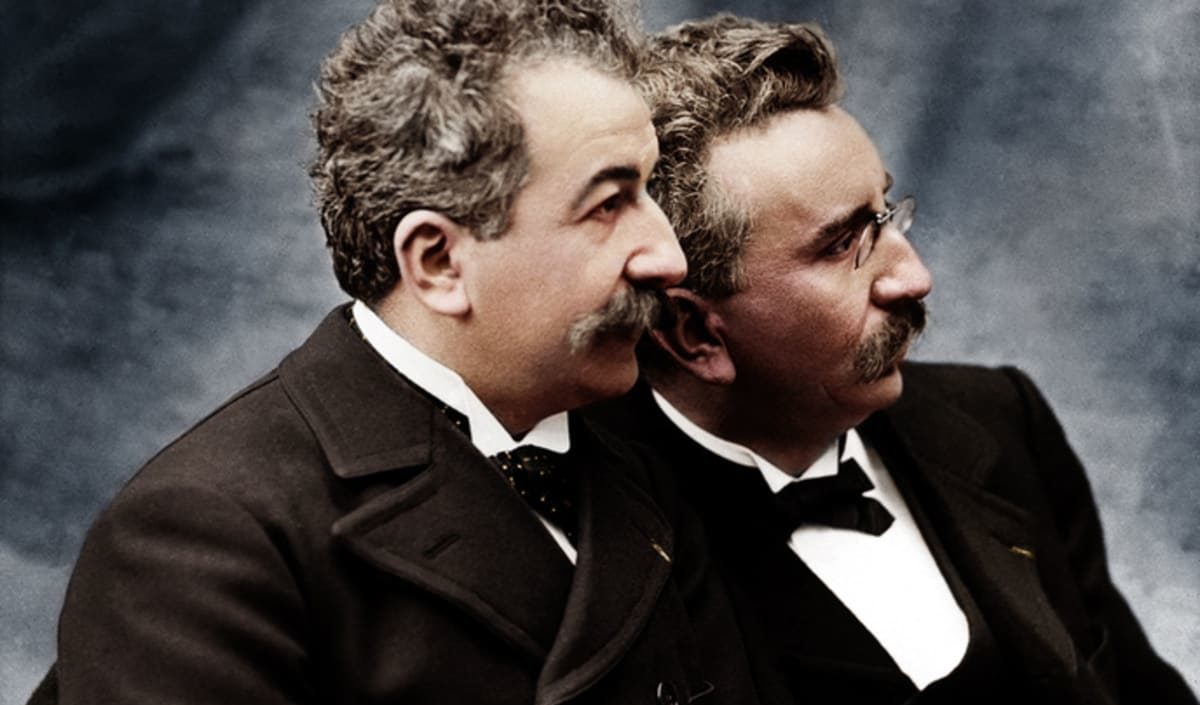 “The Lumiere Brothers are the true pioneers of Cinema”.

They’re considered to be some of the earliest filmmakers in history. They created the cinematographe, a revolutionary camera and projector with which the brothers used to make and screen their first motion picture.

Brothers, August (1862-1954) and Louis Lumiere (1864-1948) were born in eastern France to a well-known painter-turned-photographer, Charles-Antoine. His small family business later became the biggest manufacturer of photographic equipment. From an early age, the Brothers were surrounded by photography and art and developed a deep understanding of technology. Charles-Antoine encouraged the scientific interests of his sons which sparked the brothers to experiment with the equipment and invent their own specialities.

It was Thomas Edison who inspired the Lumiere Brothers’ greatest invention,‘Cinema’.

In 1893 Edison introduced the Kinetograph, which was designed for films to be viewed by one individual at a time through a peephole viewer window at the top of the device. After being invited to a demonstration of Edison’s Kinetograph, Charles-Antoine, saw the potential for the technology to be used to project a film on a screen so that many people could view it at the same time. This became the brother’s next project.

Less than 2 years after the first public demonstration of Edison’s kinetoscope, the Lumiere Brothers invented the Cinématographe. A revolutionary three-in-one device that could record, develop and project film, making public viewing possible.

On Saturday, 28 December 1895, the Brothers made history, when they held the world’s first public movie screening at the Grand Cafe in Paris. They used their invention of the cinématographe to show their directorial debut “La Sortie des ouvriers de l’usine Lumière” (“Workers Leaving the Lumière Factory”). It officially became the world’s first ‘true’ motion picture (using a single camera). 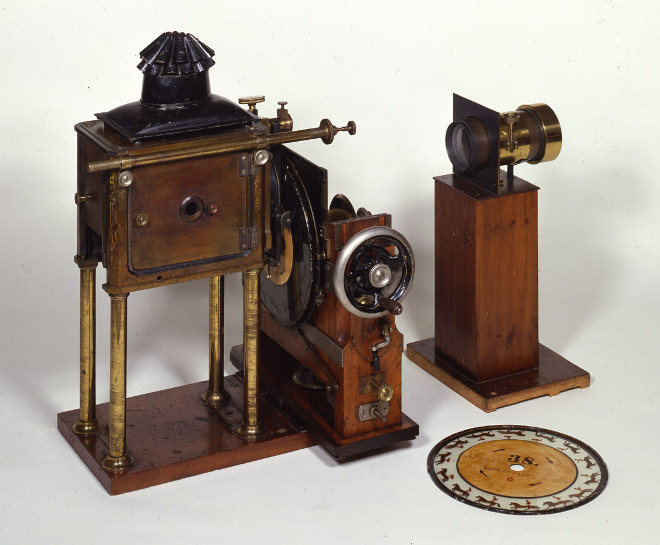 The Lumiere Brothers pioneered an entirely new industry, which we now call “Cinema” – The projection of moving photographic pictures on a screen for a paying audience.

“Cinema” is derived from the name Cinématographe, which means ‘the writing of movement in Greek.

One year after unveiling the Cinematographe, August and Louis opened their own movie theatres called Cinemas. They showcased their work and featured movies filmed by their cameramen around the world. The Lumiere Brothers made just over 1400 films from 1895 – 1905.

Artists, Inventors and Entrepreneurs, the Lumière Brothers are regarded as the pioneers of the pop-up cinema movement. In addition to their inventions through film, the brothers also made radical advances in photography, art and medicine.

The Musee Lumiere at the Institut Lumiere is a museum honouring the achievements of Auguste and Louis Lumière dubbed the fathers of the cinema. Institut Lumiere was co-founded by the grandson of Louis Lumiere in 1982 and is situated on the same site as the Lumiere family home and factory, in Lyon France. The exact same place the Brothers created the revolutionary Cinématographe.

Fast forward to 2020, the outdoor cinema industry is booming. Recently, Cinema in confined places is becoming unfavourable. However, thanks to the invention of inflatable movie screens, which is portable, wind-resistant and easy to set up, it is now possible for anyone and everyone to bring movies to their communities in remote places.

Learn more about how you can become a trailblazing entrepreneur!